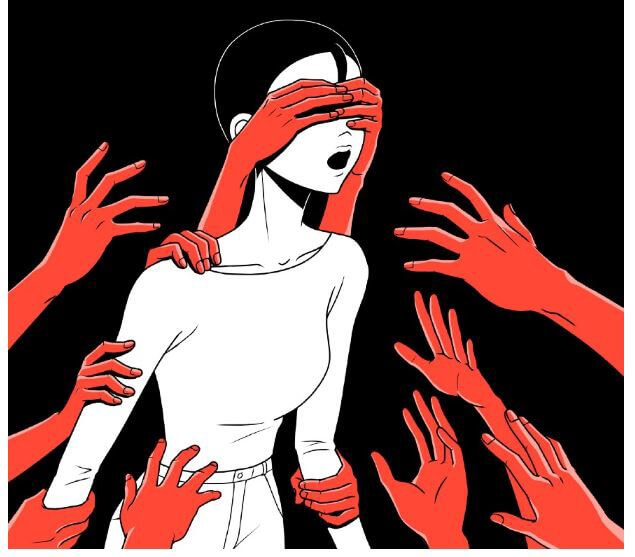 I was talking to someone I know — let’s call her Joanna — about the new mutation of the COVID-19 virus that’s said to be highly infectious. She was skeptical about the new strain, claiming that the virus has been mutating all along, and so what! She believed that the media is blowing things out of proportion, and that governments are quick to shut down the economy without adequate cause. She was skeptical about the vaccine and its possible long-term effects that have not yet been determined. Joanna is not an anti-vaxxer; she and her family have all been vaccinated against polio, measles, mumps, rubella, and tetanus. Yet, while the whole world looks to the COVID-19 vaccine for our salvation, Joanna hopes that vaccination won’t be made mandatory. She was among the sceptics who believed that the pandemic was deviously planned by money-minded pharma companies, so that they can make millions from vaccine administration to the whole global population.

Joanna is a regular, educated, adequately well-off woman who is fully capable of rational reasoning and who usually reads the news with all the indignation it’s meant to incite, but without questioning its accuracy. Yet, when it comes to the pandemic, it is exceedingly difficult to have rational conversations with Joanna and to convince her of evidence-based truth. Joanna’s judgement is colored by a lack of understanding of the science, the inconvenience of lockdowns and social distancing as the only recourse, and the exaggeration of truth by mainstream media.

Millions of people like Joanna have been falling hook, line, and sinker for conspiracy theories about the pandemic. They argue that since no one fully understands what we’re dealing with, why should the media dictate what we believe and how we respond? Why shouldn’t each of us be entitled to our own opinion?

And I’m sure that many science enthusiasts like myself, who understand the mechanism of viral mutation and the process of drug development, have had similar frustrating debates about scientific truth versus opinion with the Joannas in their network, likely to no avail. But did these Joannas even have any opinion on science and medicine before the pandemic? Did they question the HCPs who advised vaccination for their children as routine protocol? What has fundamentally changed with COVID-19 to elicit responses like Joanna’s?

The term “fake news” began to emerge in common vocabulary around 2015–2016, initially in a political context but quickly expanding to scientific issues like climate change, vaccination, and nutrition (1). Psychologists provide a range of reasons for fake news gaining ground: the urgency with which information is sought, leaving no time or inclination to stop and verify; the need for media outlets to generate viral viewing and sharing; the low barrier to entry for publishing content online, coupled with the ease of sensationalizing headlines to meet the algorithmic brief for viral content; the homogeneity of social media networks and the associated intolerance to opposing views; the need to have an opinion and to be proven right; the propensity to believe and share what already aligns with one’s preconceived notions; the strong “crusader” emotions elicited when sharing sensationalized stories; and the mechanism by which social bots exponentially amplify the reach of stories that are widely liked and shared (2, 3, 4).

The coronavirus of course offers the perfect playing field for “viral content,” priming the circumstances for all the above conditions to be met — increased screen time, higher-than-ever news consumption, and emotions running high.

Science is based on fact and has no room for opinions. While misinformation in science has been a social curse for years, it has assumed pandemic proportions (pun intended!) during 2020, to the point that inaccurate media stories and the filter bubbles that reinforce people’s false notions may in fact derail our train to deliverance from COVID-19.

Truth-talking media outlets like The Conversation, a not-for-profit channel that produces news stories written by academics and researchers, have faithfully been trying to counter misinformation, by inviting people to “read news based on evidence, not alarm.” But unfortunately, people like Joanna may never come across articles from the Conversation, buried under the avalanche of “top-ranking” stories from mainstream media channels.

What is the role that medical affairs, healthcare practitioners (HCPs), science communicators, scholarly publishers, and patient advocacy groups are called to play towards better, faster, and more accurate evidence dissemination in this infodemic?

While pharma companies may have limited channels for direct communication with the public, they can mobilize resources to amplify the voice of reason and evidence through their huge influence with HCPs and patient advocacy groups, which in turn have the trust of the public.

Scholarly publishers can adopt digital enhancements such as plain-language summaries, infographics, and video abstracts for their journal content, allowing timely dissemination of evidence-based stories in an easy-to-understand, mass-appeal format.

Science communicators too have a critical role to play in timely and accurate evidence dissemination. In a recent virtual event organized by the Australasian Medical Writers Association (AMWA), the infodemic was a much discussed topic and science communicators were called upon to fact-check, verify data, and triangulate with more rigor than ever before and to produce only research-backed stories.

Undoubtedly, the far-reaching outcomes and effects of the pandemic will be the same for believers and sceptics alike, but the burden falls on all of us in the business of evidence dissemination to tip the scales just enough so that scientific truth can prevail.

Sign up for the Cactus Life Sciences Industry Briefing Newsletter!